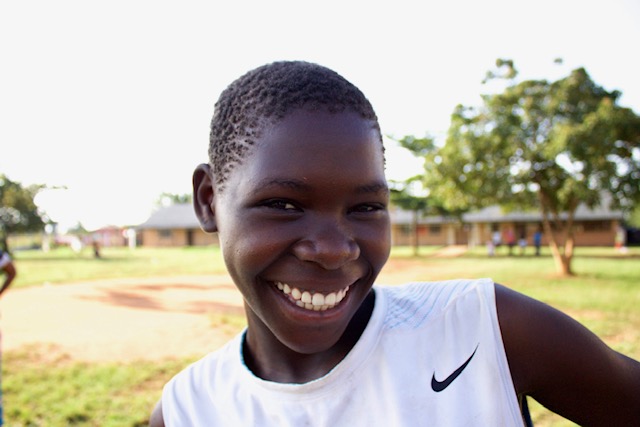 As we continue our ‘Get To Know’ series, we invite you to join us as we share Shadiah’s story.

SHADIAH – meaning Joy and Happiness. This young girl reflects the meaning of her name so perfectly. Shadiah is talented, smart, joyful, patient, loving, kind and a very happy girl (the list could go on)! By spending just moments in her presence she will have you laughing and her smile can brighten the darkest day.

Shadiah arrived at New Beginning’s a little over a year ago. Her home situation is one that for us is hard to comprehend. Shadiah knew that living there was not safe, causing her to flee to find help and to try to search for love among the hardship she had been facing. Shortly after leaving her home, Uncle Roger welcomed Shadiah into New Beginnings Children’s Village. Shadiah arrived at the same time as another tiny precious life in the village – Baby Vanessa. Both have now found a place where they feel secure. With a caring nature, Shadiah looks out for those youngest within the village holding them when they need comforted or just when they need a loving touch.

Shadiah is shining. Not only growing in confidence since arriving at New Beginning’s, she has a faith and firm foundation in Jesus Christ. She knows Him as her Saviour and she has found self-worth. She is a child of God. Shadiah now has a place where she feels safe, where she is loved, she has a home and a family.

Just over a year later, Shadiah is excelling in Senior One (equivalent to first year) at Bethel Royal High School. Boarding here during the week, Shadiah can return home to New Beginnings at the weekend. Studying hard, she is striving towards achieving her career of becoming a nurse. After school, Shadiah can be found playing netball with some of her close friends Patience, Carol, Brenda, Gloria and Tendo.

Shadiah is a girl after God’s heart. She is thriving because of your support. We want to thank Uncle Roger, the staff at the village and in NI, and those who sponsor children at New Beginning’s and within the community. These children’s lives have been changed, they have a hope and a future. We give ALL the Glory to God, for without him none of this would be possible. Matthew 19:26